Concept art for the movie "Bushido". Bushido, the movie. Bushido is a gothic thriller set in a city of secrets, involving the Japanese underworld operating in America. Some conceptual art to develop the characters of the film as well as a Noh stage.

Noh masks (能面 nō-men or 面 omote) are carved from blocks of Japanese cypress (檜 "hinoki"), and painted with natural pigments on a neutral base of glue and crunched seashell.

There are approximately 450 different masks mostly based on sixty types, all of which have distinctive names. Some masks are representative and frequently used in many different plays, while some are very specific and may only be used in one or two plays. Noh masks signify the characters' gender, age, and social ranking, and by wearing masks the actors may portray youngsters, old men, female, or nonhuman (divine, demonic, or animal) characters. 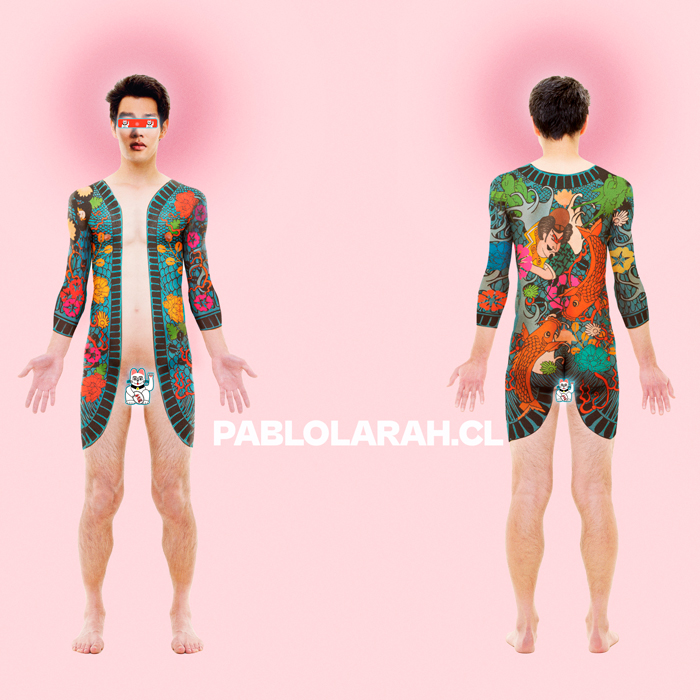 Many Yakuza have full-body tattoos (including their genitalia). These tattoos, known as irezumi in Japan, are still often "hand-poked", that is, the ink is inserted beneath the skin using non-electrical, hand-made, and handheld tools with needles of sharpened bamboo or steel. The procedure is expensive, painful, and can take years to complete. 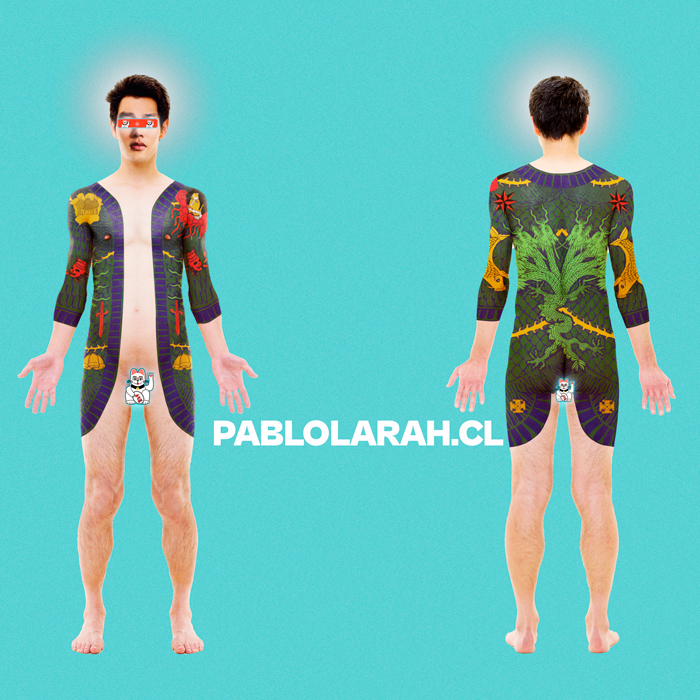 During the 20th century in the Soviet Union, Russian criminal and prison communities maintained a culture of using tattoos to indicate members' criminal career and ranking. Specifically among those imprisoned under the Gulag system of the Soviet era, the tattoos served to differentiate a criminal leader or thief in law from a political prisoner. 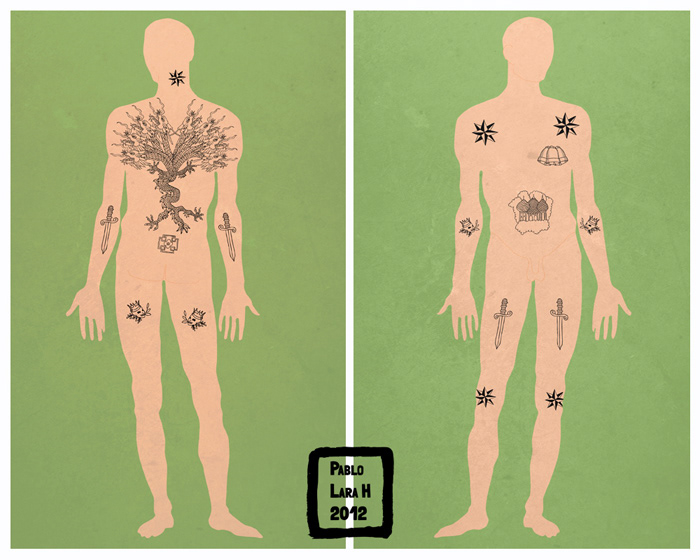 Common designs and themes grew over the years, often having different meanings depending on the location of the tattoo.
For example:
Stars – Indicate authority. On the shoulders or the knees ("I kneel to no-one"). The eight-pointed star denotes rank as thief in law depending on where it is placed.
Orthodox church – Indicates a thief, usually a chest tattoo, with the number of cupolas indicating the number of convictions.
Cross – The traditional "thieves' cross" is usually tattooed on the chest. This was very common.
Skull – Indicates a murderer. Following the abolition of the death sentence for murder in 1947, the number of murders rose significantly, with an extra 10-year sentence being no deterrent to prisoners already sentenced to life.
Dragons – Indicate a "shark" or someone who has stolen state or collectively owned property.
(Bronnikov, Arkady (29 February 2016). Russian Criminal Tattoo Police Files, Volume 1. FUEL. p. 72. ISBN 978-0-9568962-9-2.)
Dagger: A dagger in the neck means the bearer has killed and would kill again for the right price (the number of blood drops on the blade signify the number of murders he has committed)
Russian Criminal Tattoo Encyclopaedia Volume I by Sergei Vasiliev at Fuel)

The traditional Noh stage (butai) has complete openness that provides a shared experience between the performers and the audience throughout the performance. Without any proscenium or curtains to obstruct the view, the audience sees each actor even during the moments before they enter (and after they exit) the central "stage" (honbutai, "main stage"). The theatre itself is considered symbolic and treated with reverence both by the performers and the audience.
Komparu, Kunio (1983). The Noh Theater: Principles and Perspectives. New York / Tokyo: John Weatherhill. ISBN 0-8348-1529-X.