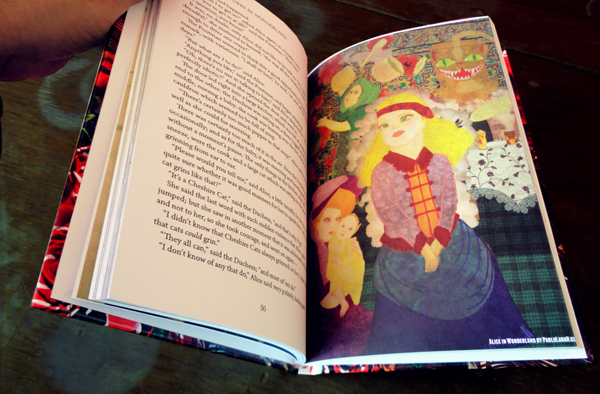 This is my illustration for the Alice in Wonderland's' the Duchess, the baby and the Cook. Part of the initiative "The Alice Project", by Dan Bergevin.
The Alice Project is a collaborative publication of Alice's Adventures in Wonderland.
All profits from the project were donated to Oxfam International (oxfam.org). Alice Project 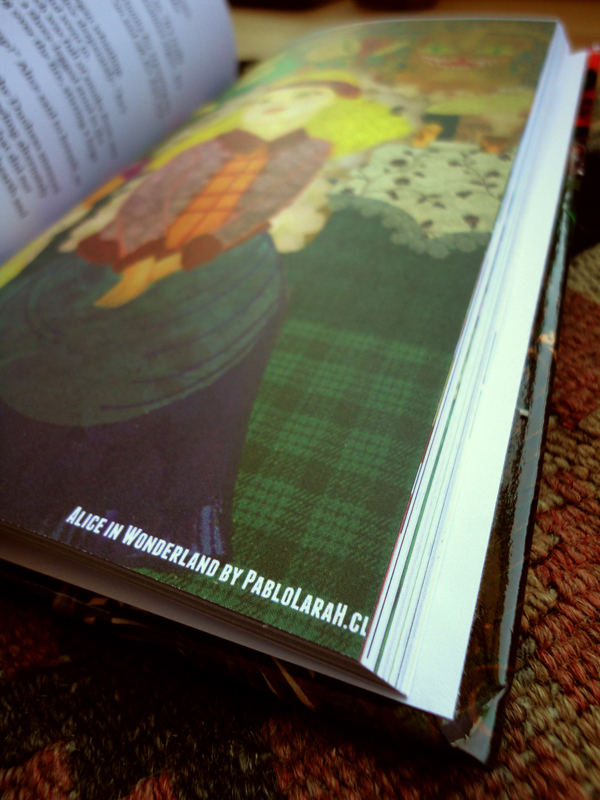 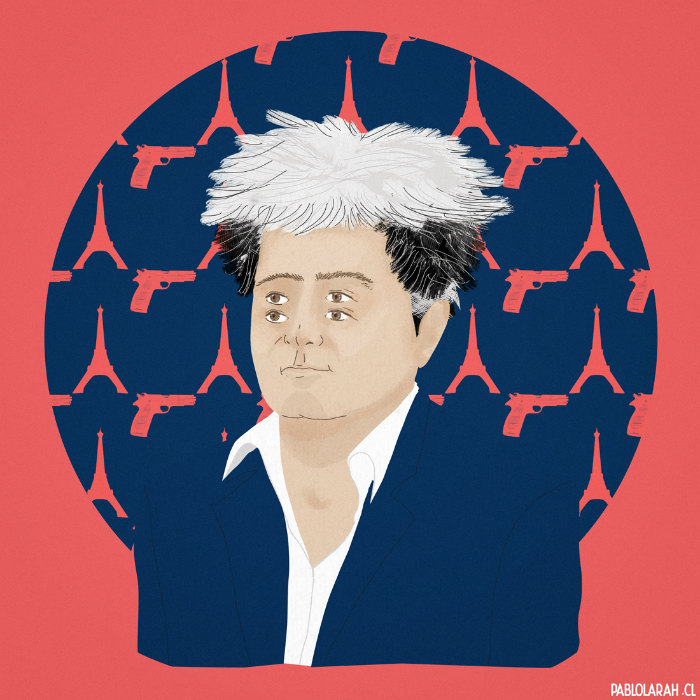 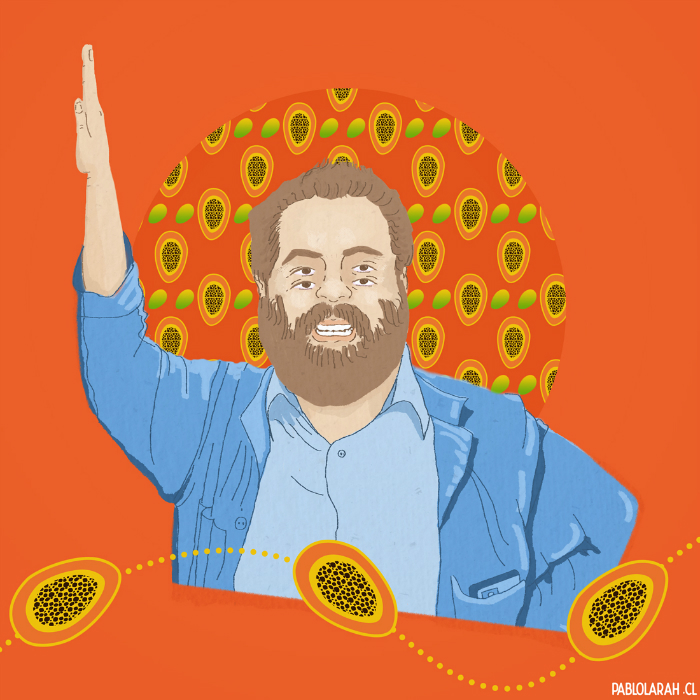 Rafael Gumucio Araya (born January 15, 1970 in Santiago) is a Chilean writer and comedian. 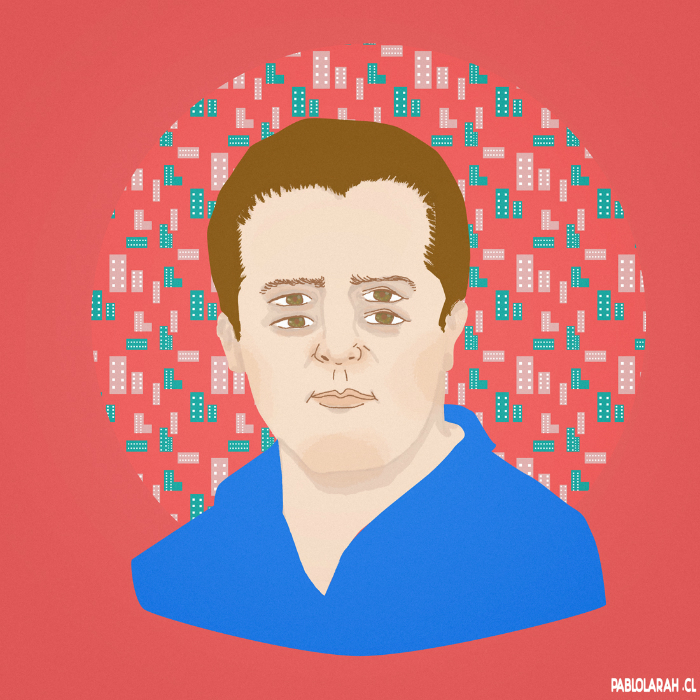 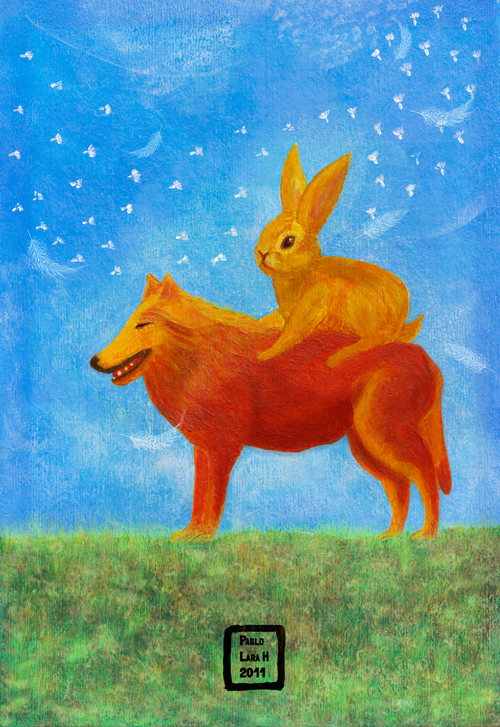 A tale: How Rabbit Fooled Wolf by Baron Munchausen 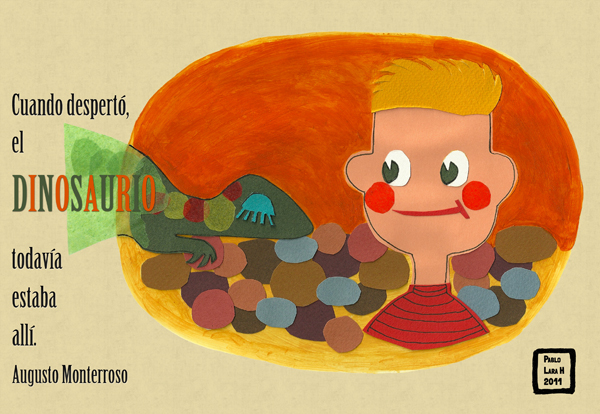 The Dinosaur by Augusto Monterroso

Augusto Monterroso Bonilla (December 21, 1921 - February 7, 2003) was a Guatemalan writer, with his tale The Dinosaur, the shortest tale in spanish.
"On waking, the dinosaur was still there."
Technique: Mixed Media (Collage, Acrylics, Digital) 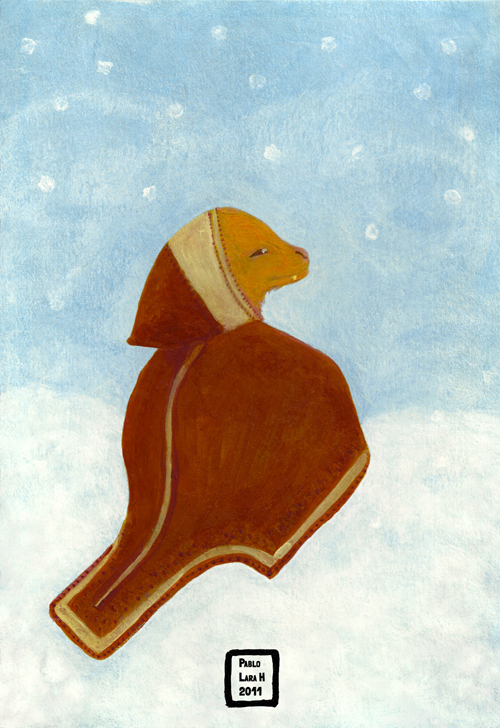 Eskimo Legend of the Wolf

The Eskimos have a story of an aged women abandoned and forced to survive in the cold. She turned into a wolf to do so.
Technique: Mixed Media (Acrylics and Digital). 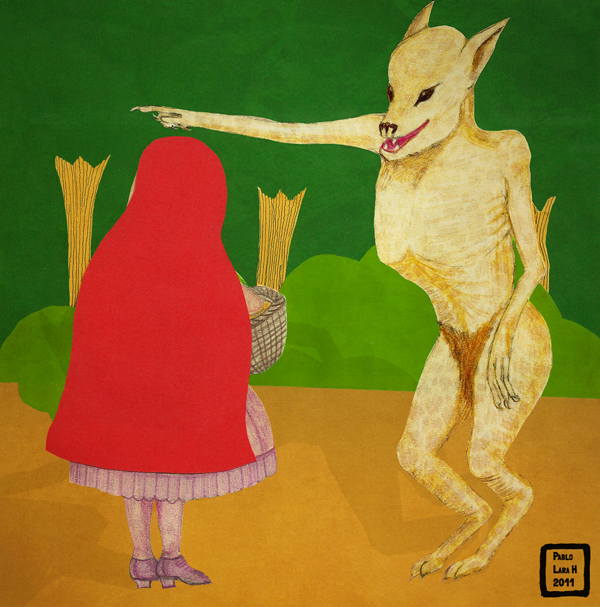 "see Little Red Riding Hood, how pretty the flowers are about here. Why do you not look round. I believe, too, that you do not hear how sweetly the little birds are singing. You walk gravely along as if you were going to school, while everything else out here in the wood is merry."
Technique: Mixed Media (Colored pencils, Collage, Digital). 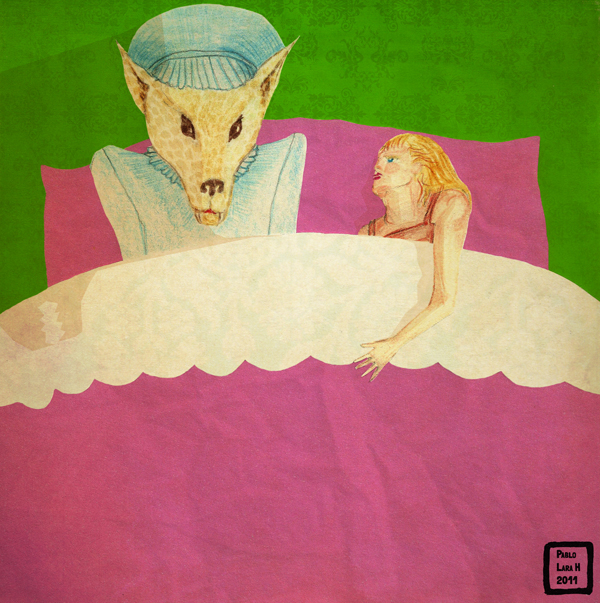 "But, grandmother, what big eyes you have," she said. 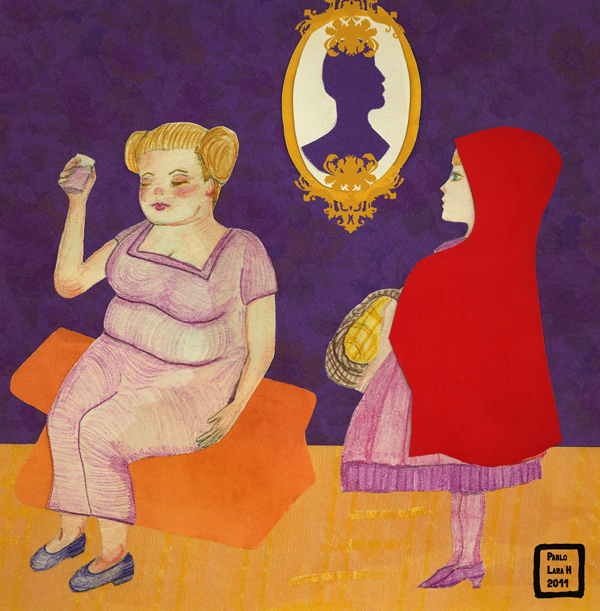 One day her mother said to her, "Come, Little Red Riding Hood, here is a piece of cake and a bottle of wine. Take them to your grandmother, she is ill and weak, and they will do her good. Set out before it gets hot, and when you are going, walk nicely and quietly and do not run off the path, or you may fall and break the bottle, and then your grandmother will get nothing. And when you go into her room, don't forget to say, good-morning, and don't peep into every corner before you do it." "Oh! but, grandmother, what a terrible big mouth you have!"
"The better to eat you with!"
And scarcely had the wolf said this, than with one bound he was out of bed and swallowed up Little Red Riding Hood. 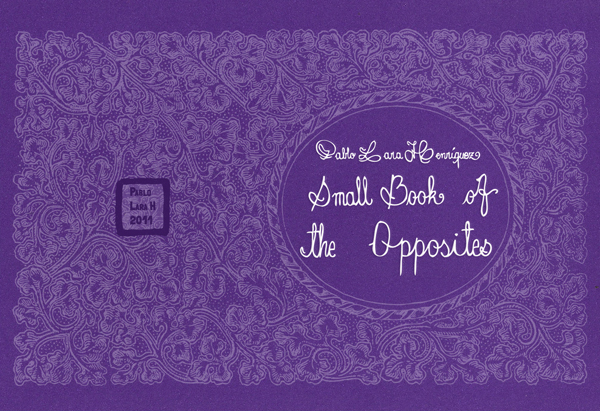 Small Book of the Opposites Cover Small Book of the Opposites 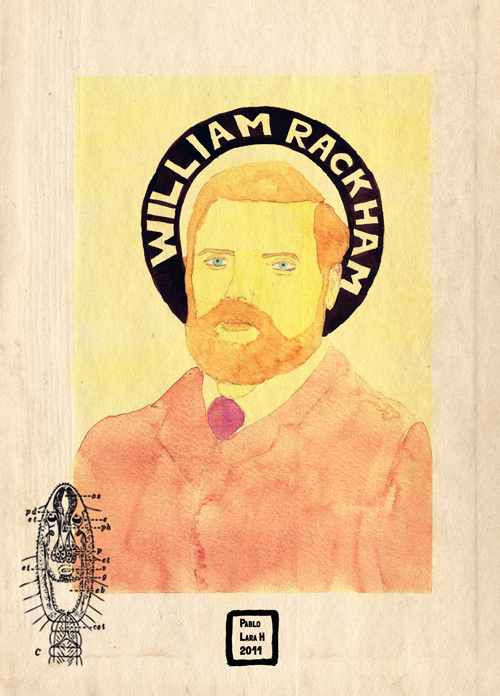 Michel Faber (born 13 April 1960) is a Dutch-born writer of fiction, with his amazing book The Crimson Petal and the White (2002).
Technique: Mixed Media (Watercolor and Digital).