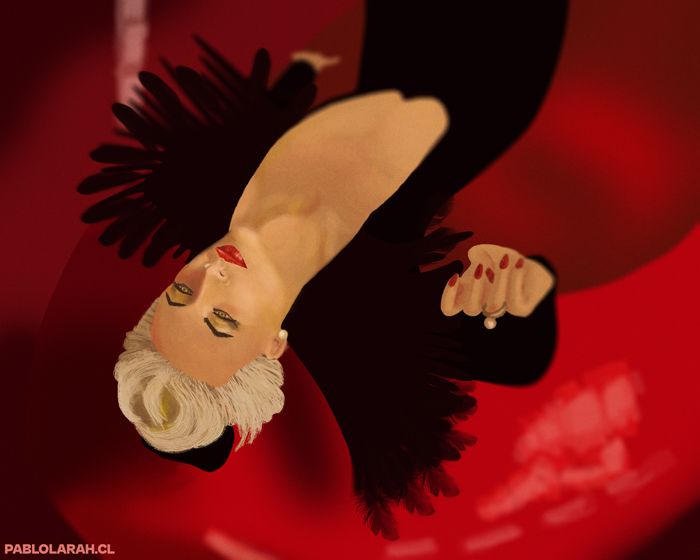 Mason Alexander Park as Desire, the personification of desire, and Morpheus' sibling. Also, I made an animated version of this illustration: On Vimeo! 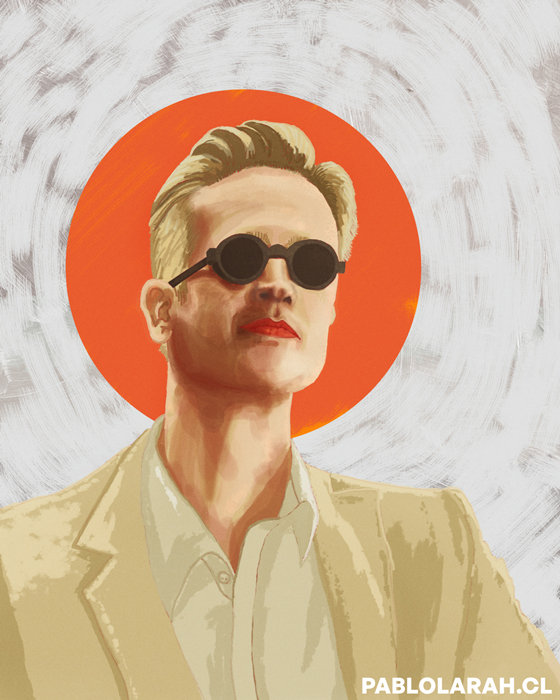 Boyd Holbrook as the Corinthian, a nightmare who escaped the Dreaming. Morpheus, the personification of dreams and one of the seven Endless, is captured in an occult ritual in 1916. After being held captive for 106 years, Dream escapes and sets out to restore order to his realm, The Dreaming.
Tom Sturridge as Morpheus / Dream.
The Sandman is an American fantasy drama television series based on the 1989–1996 comic book written by Neil Gaiman and published by DC Comics. 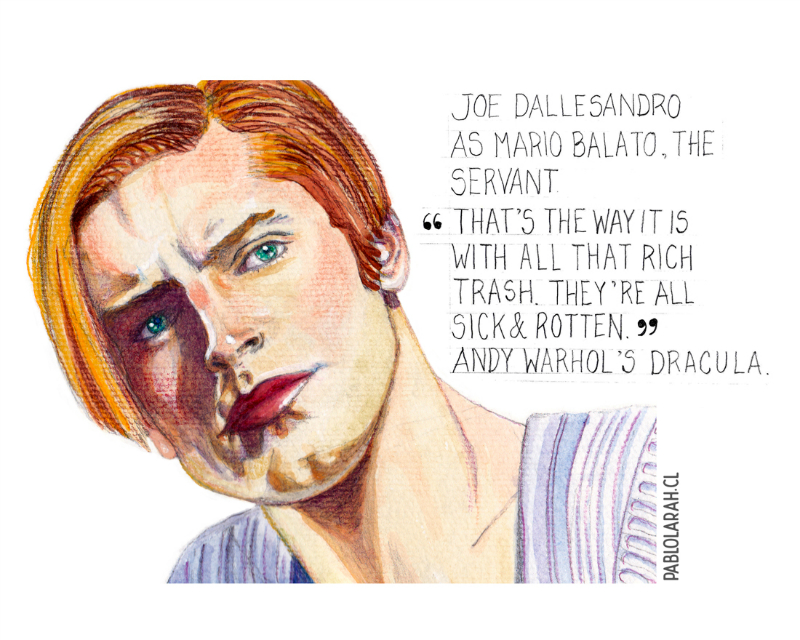 "Joseph Angelo D'Allesandro III (born December 31, 1948), better known as Joe Dallesandro, is an American actor and Warhol superstar. Having also crossed over into mainstream roles like mobster Lucky Luciano in The Cotton Club, Dallesandro is generally considered to be the most famous male sex symbol of American underground films of the 20th century, as well as a sex symbol of gay subculture." 1974 Blood for Dracula aka Andy Warhol's Dracula as Mario Balato, the Servant 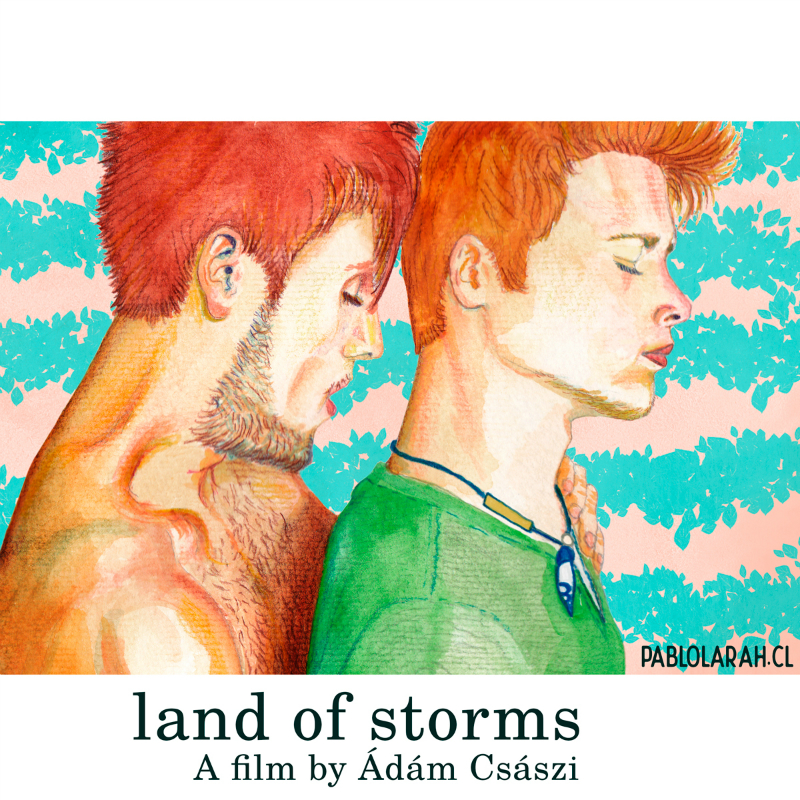 Land of Storms is a hungarian film directed by Ádám Császi and starring András Sütő, Ádám Varga & Sebastian Urzendowsky. It is based in a true story of a soccer player (Szabolcs) who met a stonemason (Áron) after quitting his soccer team in Germany. God's Own Country is a 2017 British romantic drama film written and directed by Francis Lee in his feature directorial debut. The film stars Josh O'Connor and Alec Secăreanu. The plot follows a young sheep farmer in Yorkshire whose life is transformed by a Romanian migrant worker. 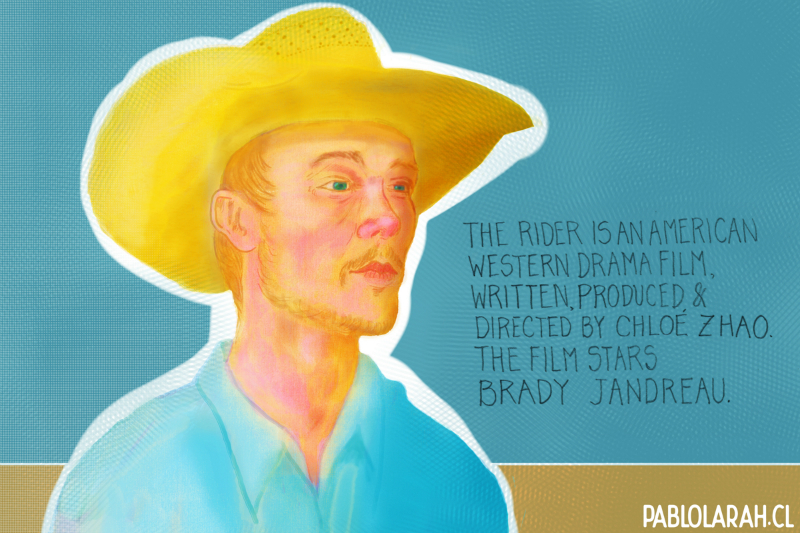 The Rider is a 2017 American contemporary western film written, produced and directed by Chloé Zhao. The film stars Brady Jandreau, Lilly Jandreau, Tim Jandreau, Lane Scott, and Cat Clifford and was shot in the Badlands of South Dakota. 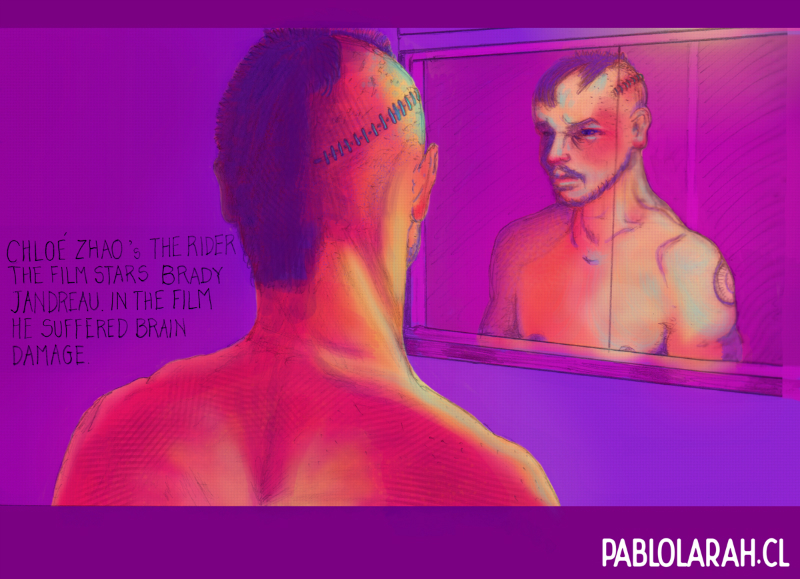 Once a rising rodeo star, Brady suffered brain damage from a rodeo accident, weakening his right hand and leaving him prone to seizures. Doctors have told him that riding will make them worse. 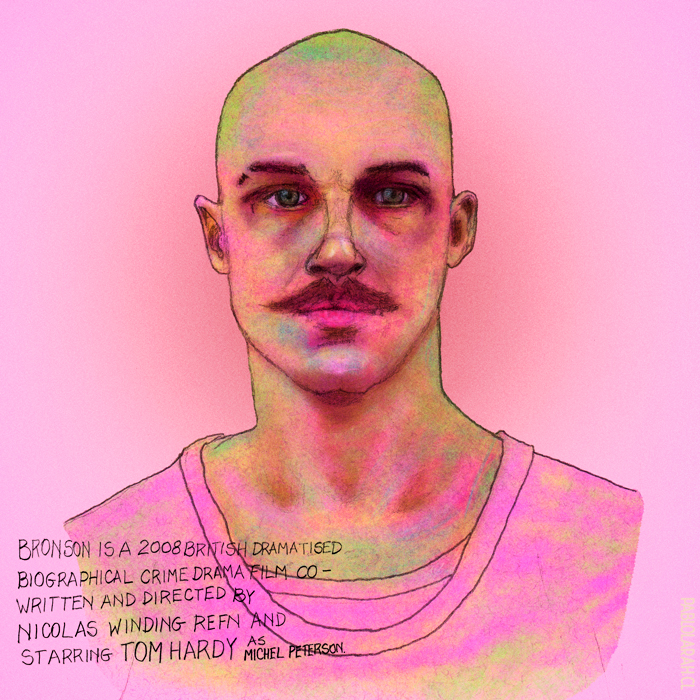 "Bronson is a 2008 British biographical crime drama film co-written and directed by Nicolas Winding Refn and starring Tom Hardy as Michael Peterson, known from 1987 as Charles Bronson. The film follows the life of this notorious prisoner, known for violent attacks against other prisoners, guards, and governors in prison; protests, armed robbery, and art. He was renamed Charles Bronson by his fight promoter, for his bare-knuckle fighting years. " 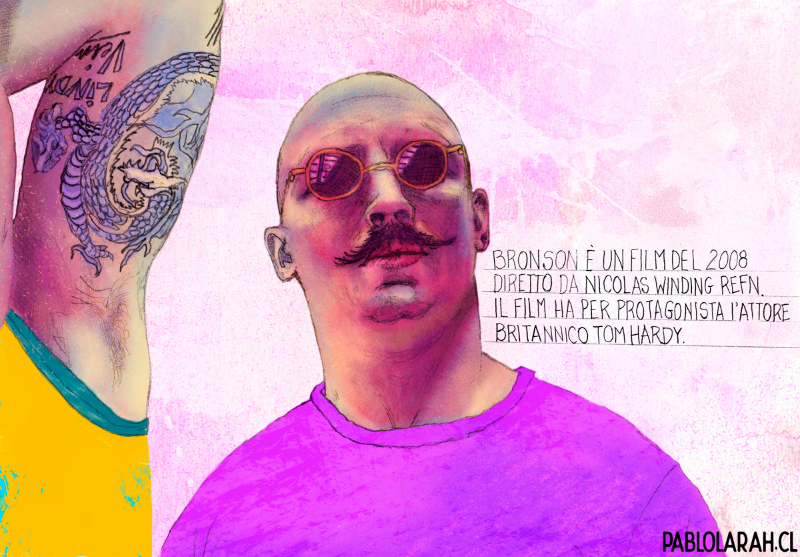 I chose Bronson because it portraits Tom Hardy as a super macho man with this fighting problem, living in jail, punching everybody, full of violence. I feel like Jean Genet right now. 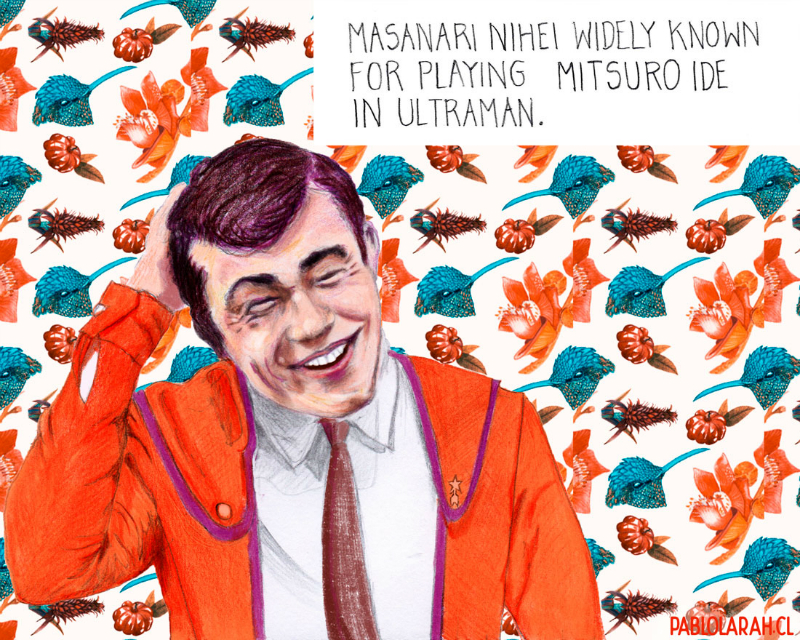 "Ultraman (ウルトラマン Urutoraman) is a Japanese tokusatsu science fiction television series created by Eiji Tsuburaya. It is a follow-up to Ultra Q, though not technically a sequel or spin-off. Tsuburaya Productions made 39 episodes (40, counting the pre-premiere special) that aired on Tokyo Broadcasting System (TBS) from July 17, 1966 to April 9, 1967." 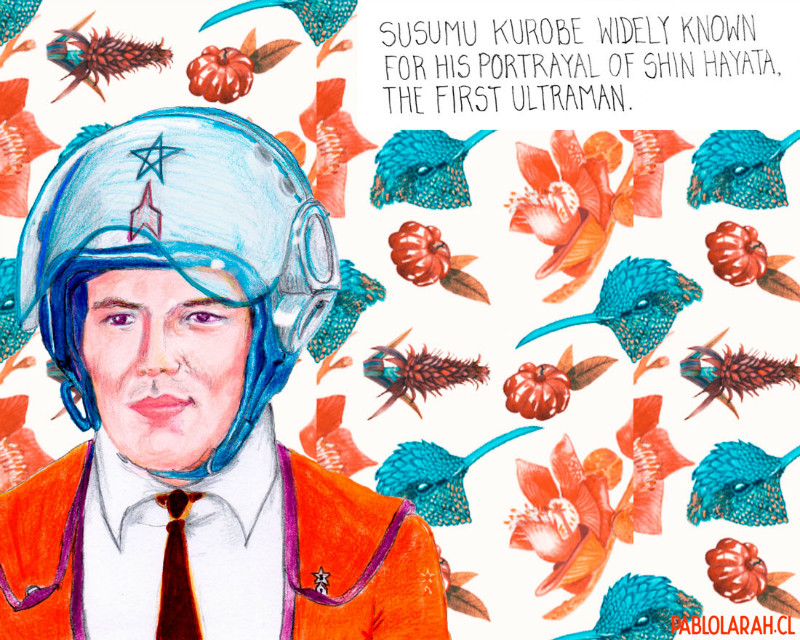 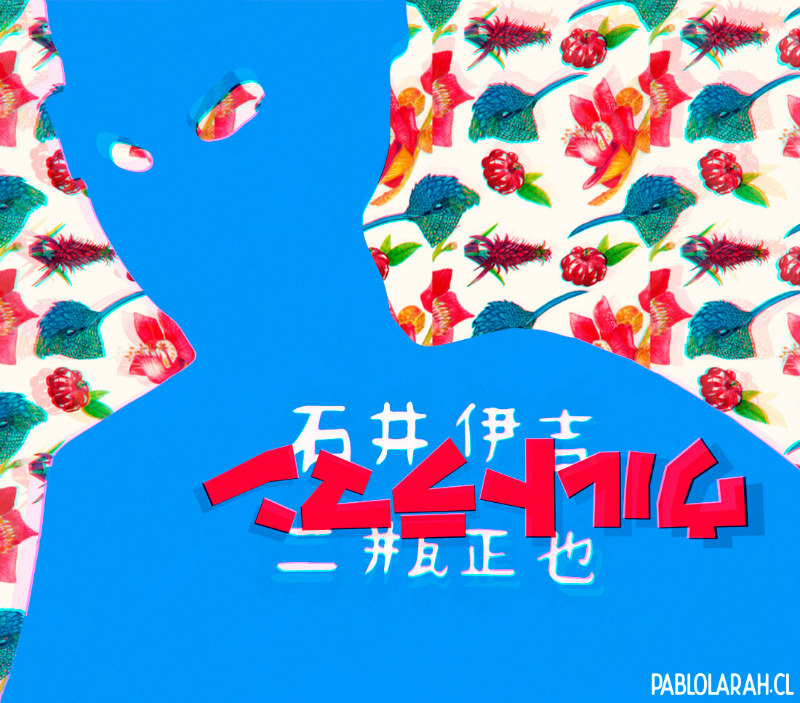 The name Ultraman was originally what the alien spaceman from Nebula M78 called himself when he spoke to a comatose Hayata about merging their forms as compensation for the accident that caused their ships to collide. 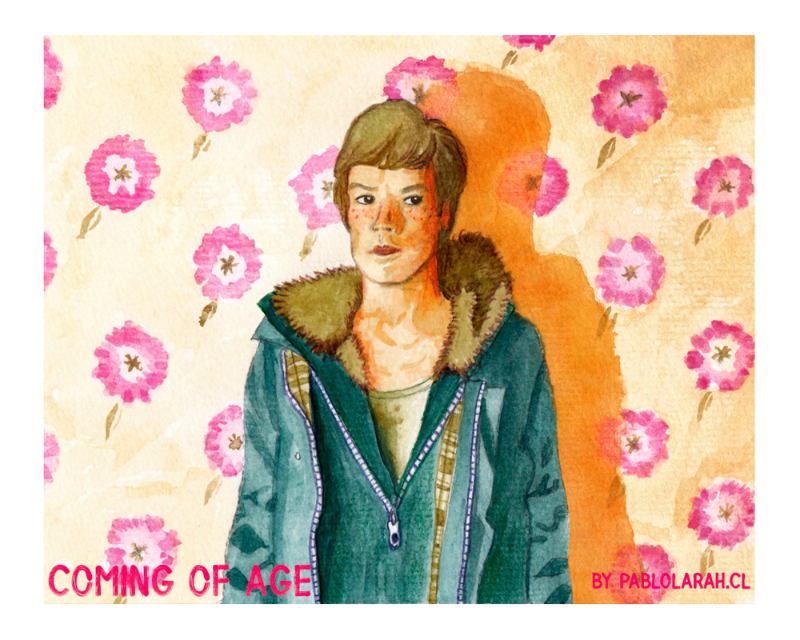 Coming of Age, short directed by Ben Goodger and is starred by Toby Goodger & George Boytonni. 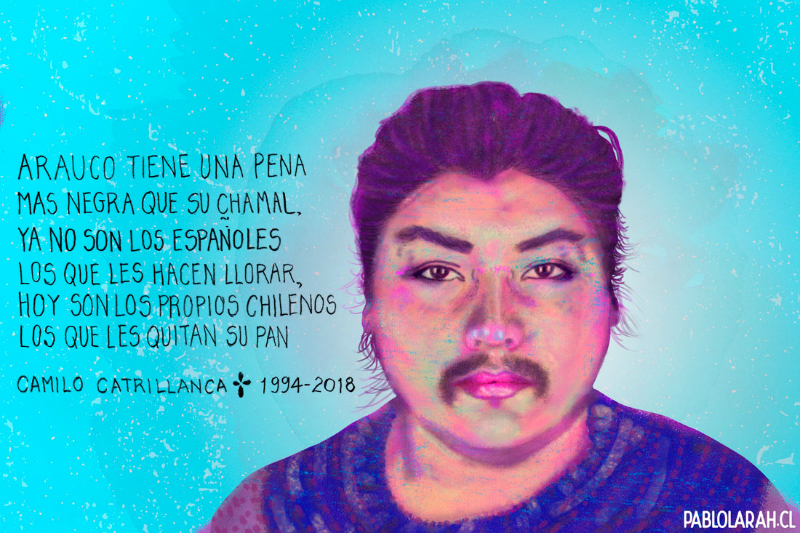 Camilo Catrillanca was born in Victoria, in the south of Chile, at the zone known as La Araucania, which is where the Mapuches were established since the Spanish domination. 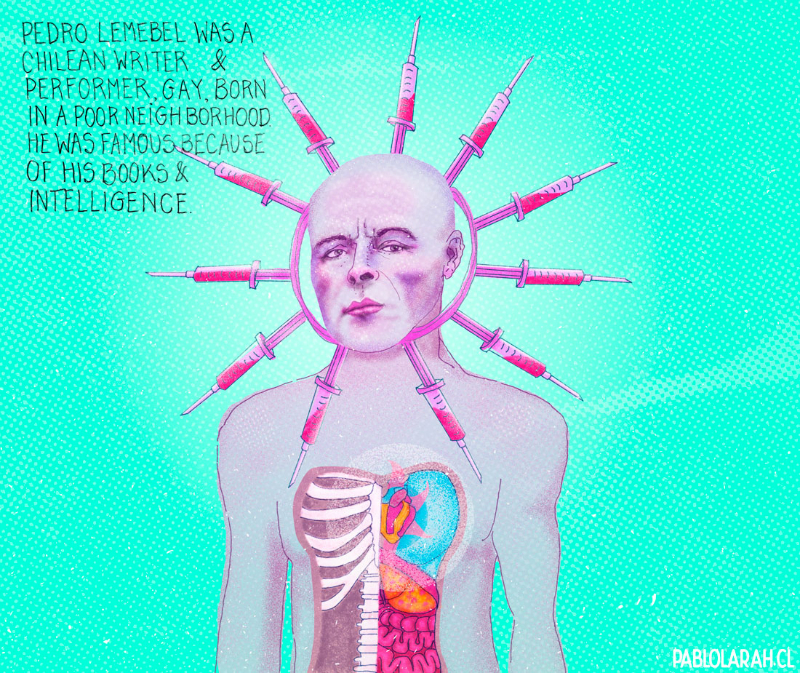 Pedro Segundo Mardones Lemebel (21 November 1952 – 23 January 2015) was an openly gay Chilean essayist, chronicler, and novelist. He was known for his cutting critique of authoritarianism and for his humorous depiction of Chilean popular culture, from a queer perspective. He was nominated for Chile's National Literature Prize in 2014. He died of cancer of the larynx on 23 January 2015 in Santiago, Chile. 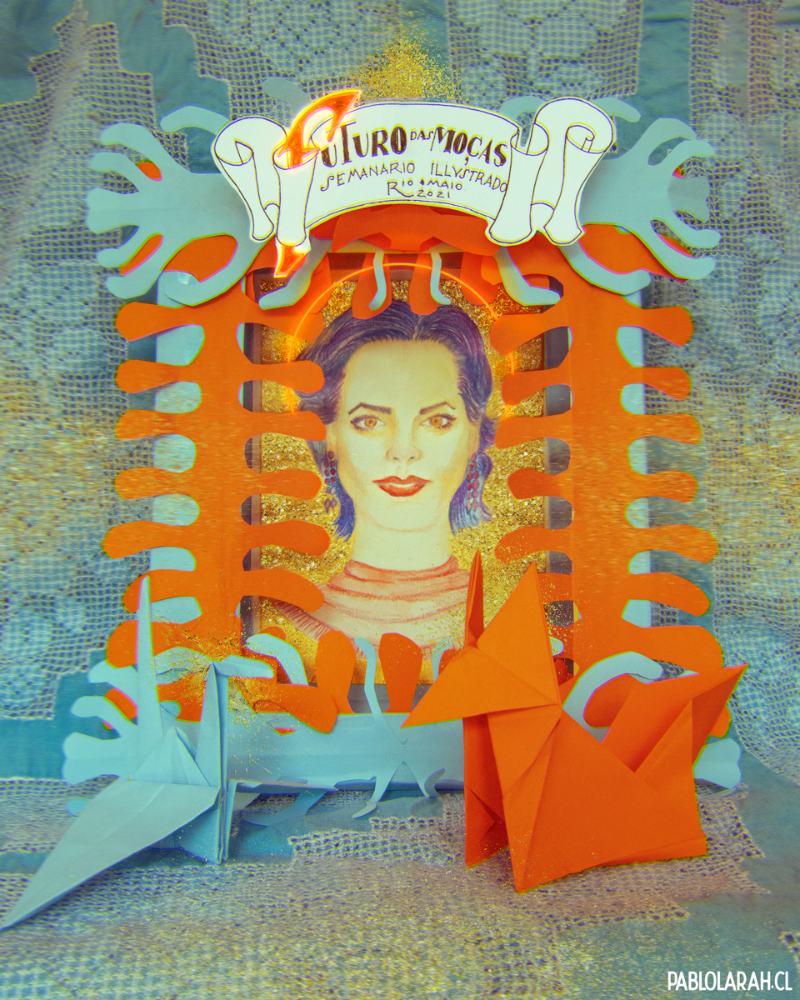 Daniela Vega Hernández is a Chilean actress and mezzo-soprano singer. She is best known for her critically acclaimed performance in the Academy Award-winning film A Fantastic Woman. At the 90th Academy Awards in 2018, Vega became the first transgender person in history to be a presenter at the Academy Awards ceremony. 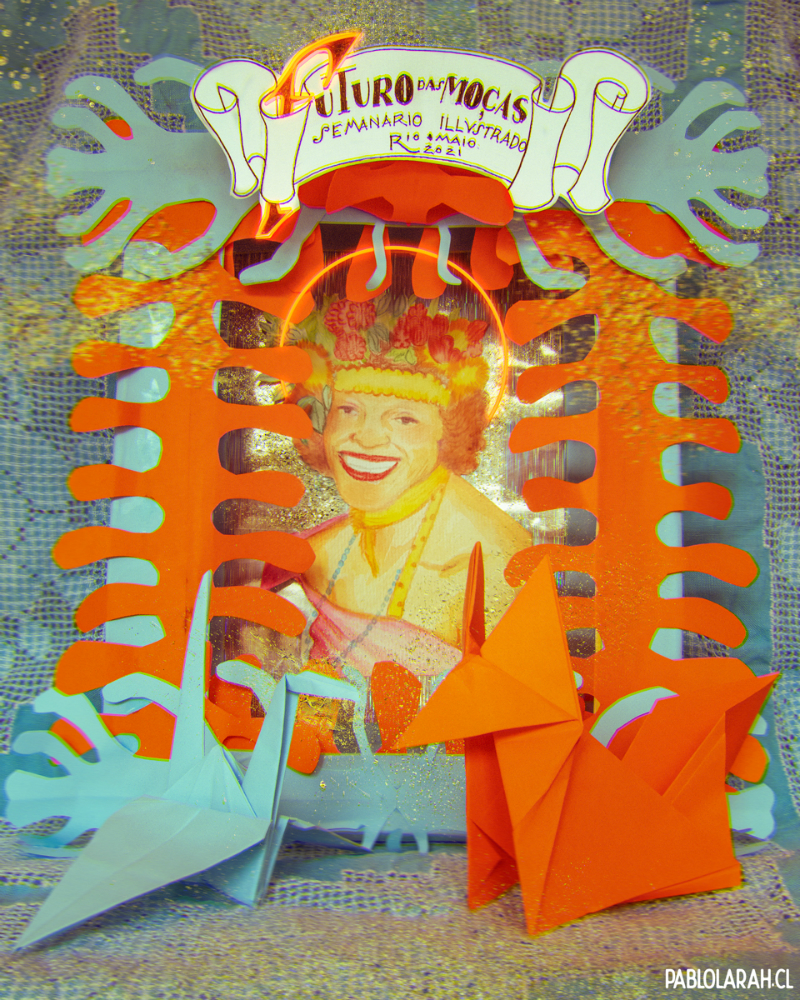 Born and also known as Malcolm Michaels Jr., was an American gay liberation activist and self-identified drag queen. Known as an outspoken advocate for gay rights, Johnson was one of the prominent figures in the Stonewall uprising of 1969. 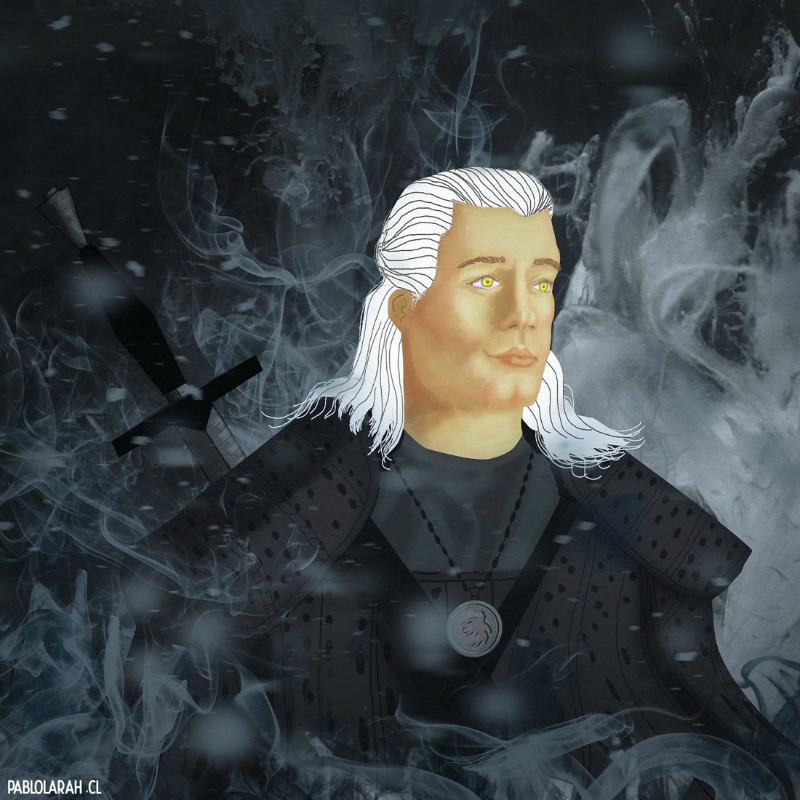 Henry Cavill as The Witcher

The Witcher is a fantasy drama television series created by Lauren Schmidt Hissrich for Netflix, based on the book series of the same name by Polish writer Andrzej Sapkowski. Set on a fictional, medieval-inspired landmass known as "the Continent", The Witcher explores the legend of Geralt of Rivia and Princess Ciri, who are linked to each other by destiny.
It stars Henry Cavill, Freya Allan, and Anya Chalotra.